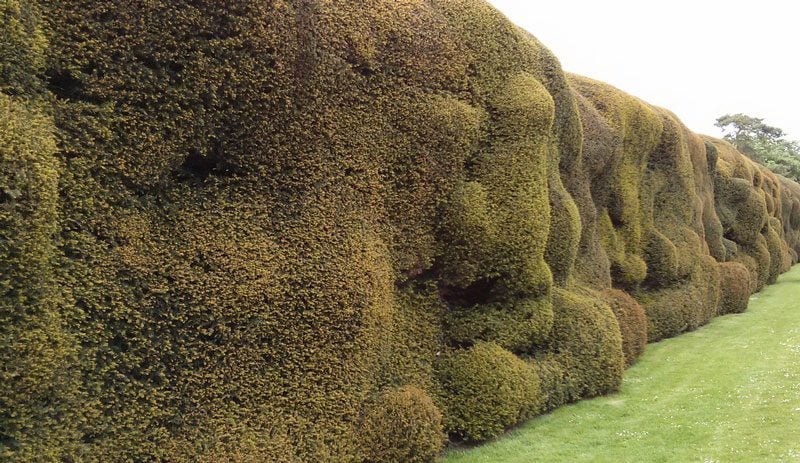 I visited Montacute House for the first time this week. It is a National Trust property near Yeovil in Somerset.  The gardens were very formal and the planting was not spectacular but the hedges were great! The picture above is of a yew hedge that has been trimmed to give a fabulous uneven effect.  We do not sell many yew hedging plants because it is slow-growing and many of our customers want fast-growing hedges such as Leyalndii, Laurel and Thuja that will form a screen quickly. Yew can also be very difficult to establish, especially in soils that are prone to wet conditions over the winter months, usually soils with a high clay content.  Having said all that, if you have a free-draining soil and are willing to wait for the hedge to form, it makes a great screen that can be cut back into the old wood if the hedge gets to big and it will always re-shoot. As demonstrated by the gardeners at Montacute House, it can also be trimmed to pretty much any shape you want!  Contact us if you are interested in yew hedging plants and we can get a price for you.